I successfully exploited two bugs in Google Play In-App Billing Library, which allow to impersonate the Google Play billing service and circumvent the signature verification. I was able to retrieve unlimited amounts of in-app items in games like Temple Run 2, which uses this library.

This blog post was released earlier than previously negotiated with Google, because Google was unable to provide proper attribution (they even stated “we recently discovered” in an email sent to Android developers). Additionally, they ignored questions regarding other bad security practices in this library. More information can be found before the conclusion. 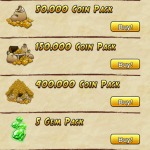 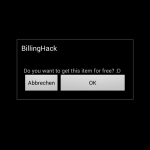 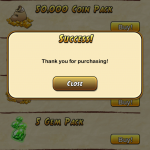 Remarks about the vulnerabilities

The impersonation vulnerability is quite interesting, because it shows that an Android principle regarding IPC with Intents was ignored. If an app, e.g., Google Play Services, registers an Intent filter providing an AIDL remote service, any other app can also do that using the same name. To prevent collisions, the simplest fix is to restrict the scope of of the Intent used for binding to that service from client side by setting bindIntent.setPackage("com.android.vending").

The other bug is a typical crypto implementation fail, but there is also a take-home message here. The verify method checks if the signature String is empty before going on to the actual verification. Unfortunately the method returns true per default at the bottom of the method. In my opinion verification methods should be always programmed with this in mind: always return false, return true only on success!

I reported the bug via security@google.com and they confirmed my findings after 7 days and commited 7bc191a004483a1034b758e1df0bda062088d840. They told me that they will send emails to “high visibility partners”, so they can fix this bug before disclosure and asked for 4 weeks until I go public. I answered that I want to be mentioned in those emails, but got a response that states “[…] we are unable to provide attribution.” without further reasons. Besides answering slowly and skipping some questions I sent, this is unfair behavior and clearly a violation of common practices in vulnerability research. 5 days later I received an email to my Google Play developer email account, informing me about the following:

Conclusively, I think it's unfair that they were unable to provide attribution, especially as I explicitly asked about mentioning me as a security researcher in prior communication with them. Additionally Google payed no bug bounty, although this library is quite important as many app developers rely on it for in-app billing.

Google sent me an email yesterday apologizing for not providing proper attribution. I really appreciate this! Thanks for rectifying your behavior:

“I want to apologize for the initial lack of public credit for your discovery of a security bug in the market billing library, and our improper claim that the issue was internally discovered. This was the result of inadequate communication on our part. It was a mistake, and I want to make sure we correct it. We are now providing proper attribution in the README for the library: https://code.google.com/p/marketbilling/source/browse/v3/README”

If you are a programmer, consider working with us on OpenKeychain to provide secure emailing for Android. I will help on pull requests and be happy about every commit!